Welcome to the Reaper's Seed extras page. Here I will be sharing things about the series including, but not limited to sneak previews of cover art, explanations and history behind the story, maps, glossary items, etc. I hope you enjoy!

Map of The Lowlands
This map is included in the title pages of Book 2, "Into the West" as well as Book 3, "Where Eagles Fly." As this does not sufficiently cover all that will be mentioned in Book 4 (a future publication with an unknown date at this time), I expect to be charting another map for the series, and specifically for its final installment.

AND, since I want to share my creations, here are three sizes of the map for the taking: Large, Medium, and Small - left to right. So long as you don't sell it (which would be flattering and uncool at the same time), you're welcome to it. 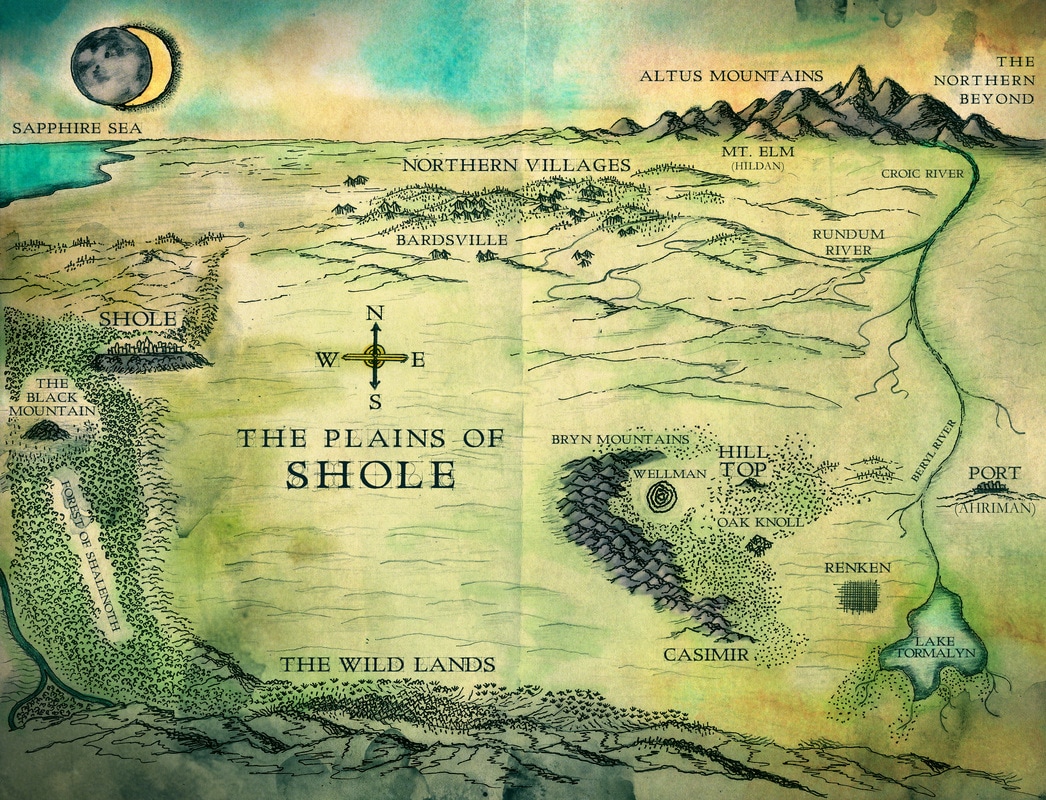 In response to quite a few questions about how to pronounce certain character names, places, and other things, I hereby present the glossary to "The Sword and the Promise." Like the map, I now feel like this is something I should have included in the first edition print, but, now I know. My plan then is for future editions to include this information, and Book 2 and so on will have their own glossaries.

Disclaimer
The following is a list of names for characters, places and things that I created, or borrowed for the “The Reaper’s Seed.” The meanings I’ve given to each name are as I wish them to be for the story. In other words, you may find meanings for these names other than what I list, but again, I’ve chosen the following meanings for this story. Also, names are only listed if the pronunciation and or meaning was significant. If a name is not listed in this index, then it has no specific meaning I wish to be attributed to the story and role of that character, place or thing (ex. Rickert, from the Northern Villages – I just liked the name). Also, you may notice that I did not necessarily follow a specific pronunciation rule. Once I've been corrected by a few smart people, I'll try to get it sorted for print.